The existing house had been used as a bedsit for up to 10 people, and poorly converted. The client wished to restore the house and original features where possible, and create a large kitchen / living room extension to the rear opening up to a re-landscaped garden.

In many ways this is a ‘typical’ victorian side-return extension as now seen all over London. However, clever use of the proportions allowed the utility and WC to be neatly housed in the dark ‘centre’ of the ground floor, allowing the full width of the rear of the house to be transformed into a large single space for the kitchen / diner.

Large sliding doors were chosen over bi-folds to maximise light and views. The detailing and transitions between the ceiling and walls were carefully thought through.

‘Flow between the front of the house and back was improved by the addition of new openings to connect the three main living spaces, whilst maintaining the individual character of the rooms. 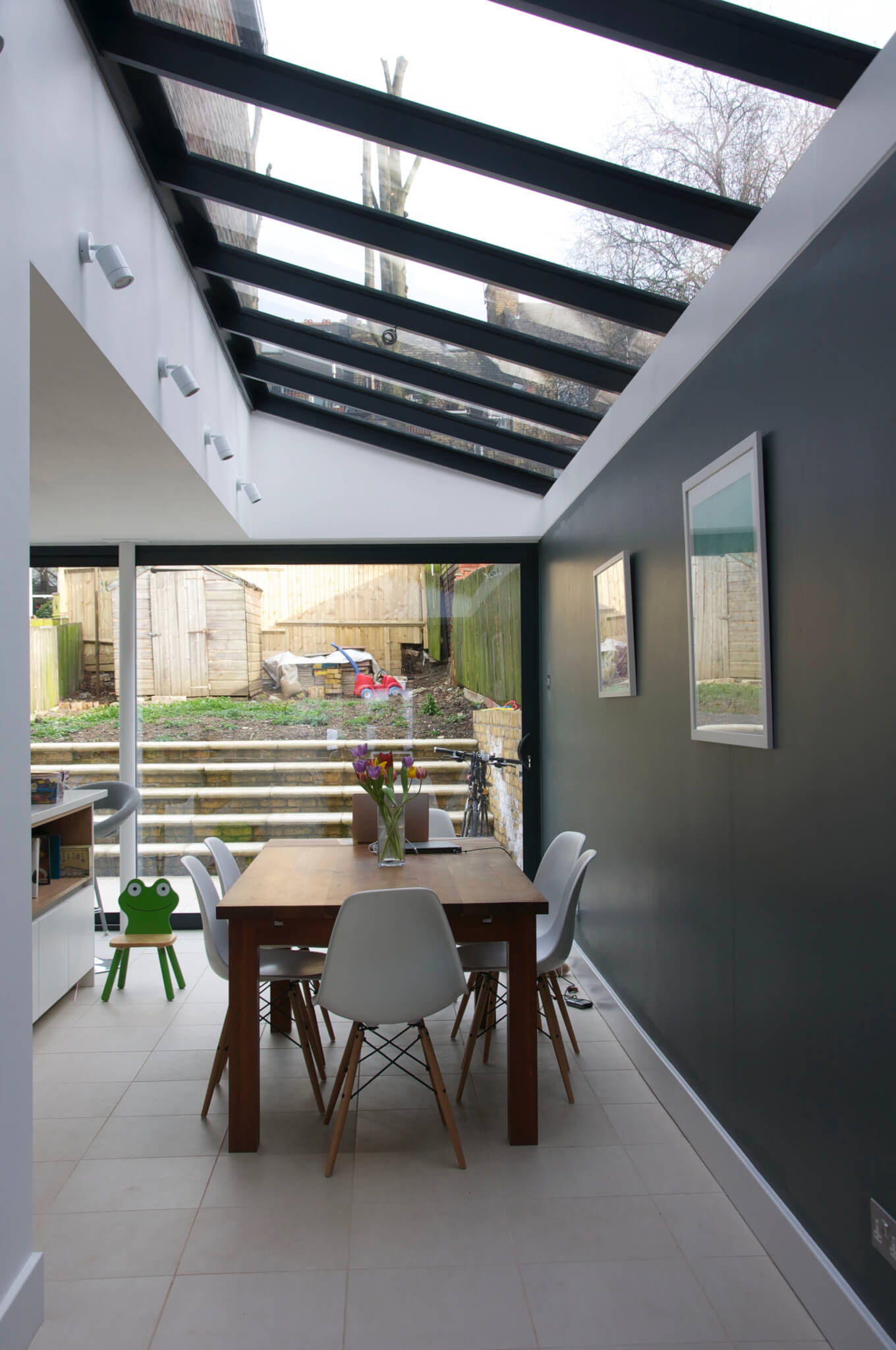 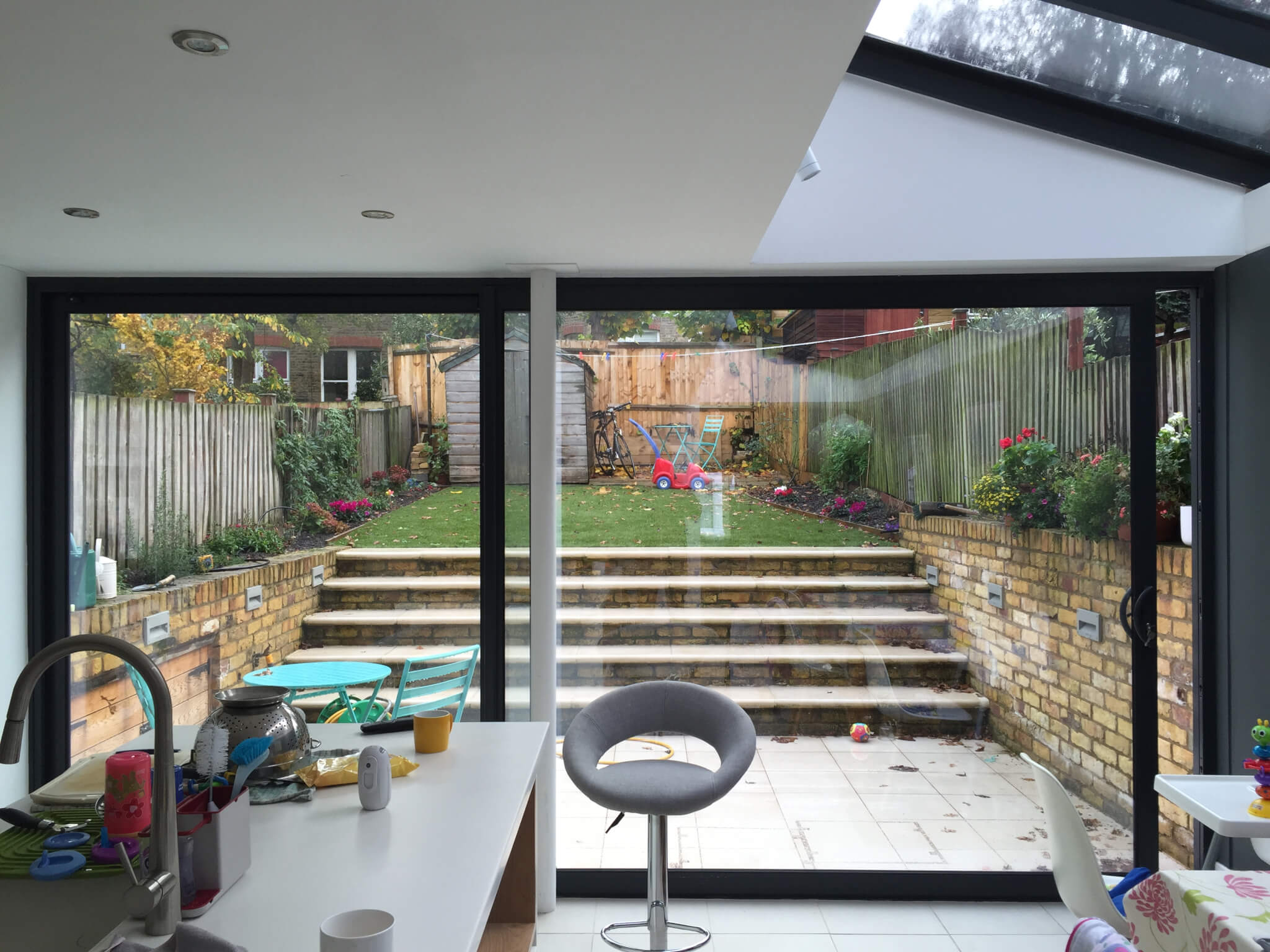